Mosquitoes are the insects having three pair of legs and a pair of wings that enable them to fly.Mosquitoes are disease carriers as they spread Malaria, Dengue and yellow Fever. Only the female Mosquitoes can spread diseases in human beings. 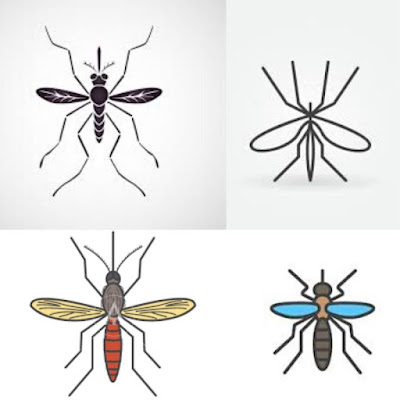 Mosquitoes are most abunantly present in tropical and subtropical parts of the world e.g.Pakistan , India, sri Lanka, Bangladesh, Malaysia and Indonesia.
Warm and humid climate is favourable for the surviral and rapid reproduction of mosquitoies.Temperature between 28*C to 35*C along with rains is the favourite of mosquitoes.Hot and dry climate of May and June with more than 40*C temperature Kills mosquitoes and reduces their population. Similarly, cold and dry climate of December. January,
and February with less than 15*C temperature also reduces their population.
In Pakistan , mosquitoes are more abundant in rainy season(july, Agust and September).

Anopheles mosquito spreads malaria fever.Itscolour is dark brown. White patches are not present on its body.It has white and black sports on Wings.its is smaller than Aedes in size.

Age of mosquitoes ranges from two to three weeks.

Egg
Its eggs are ovoid in shape, black in colour and float singly on the surface of water.It lay egg singly.

Anopheles mosquitoes live in  vast areas near or away from the human population,They live near the stagnant water and hide in the grass, bushes and other vegetation during the day. They also conceal themselves in dark and humid places within the houses. They feed at night.
Breeding sites
Female Anopheles mosquito lays 40 to 100 eggs on the surface of dirty water found in ponds, drains and in slow runing streams.
Life cycle
Egg
its egg are spindle shaped and float singly on the surface of whater.

One thought on “Mosquito-A disease carrier that harms humans”